The case of The Shady Solicitor comes on a pace. As always, there’s a bit of a disconnect between part one and two but I now know the exact why of the murders. Off to my amazing beta reader next week for the plot holes read 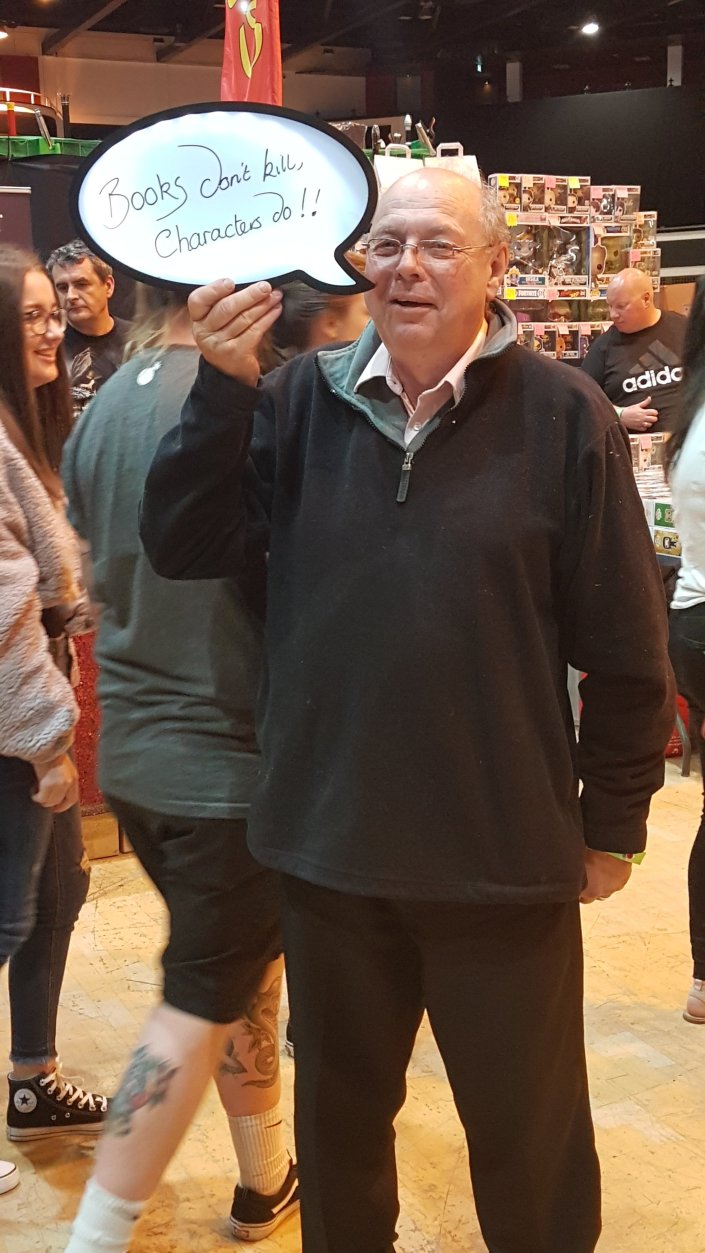 Yes, that time of year again. Steve, me and – most importantly – the books are here all weekend.

Hope to see some of you. Do pop and say hello 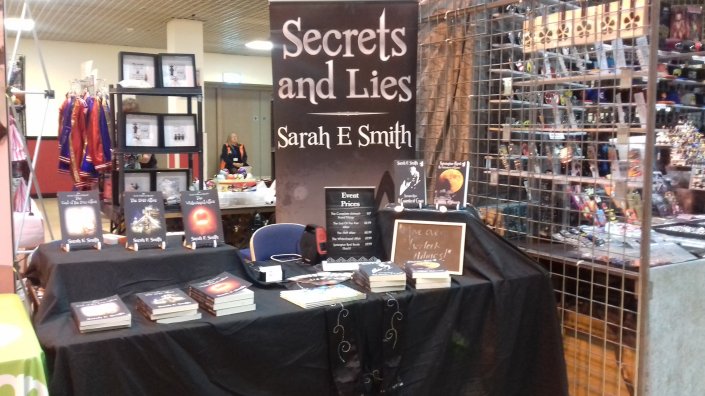 In order to celebrate Fathers Day, the Royals in Southend are putting on a scifiCon. All the usual scifi fair. Cosplay and dealers and me. I’ll be there, along with the long suffering OH, so do pop and say hello.

Welcome to everyone at ComiCon this weekend.

It’s a really busy event. Nice to see so many cosplayers of all ages.

The pool of Deadpoolers are busy dancing to AhHa!!

Do pop and say hello. Byrd’s new book is here. 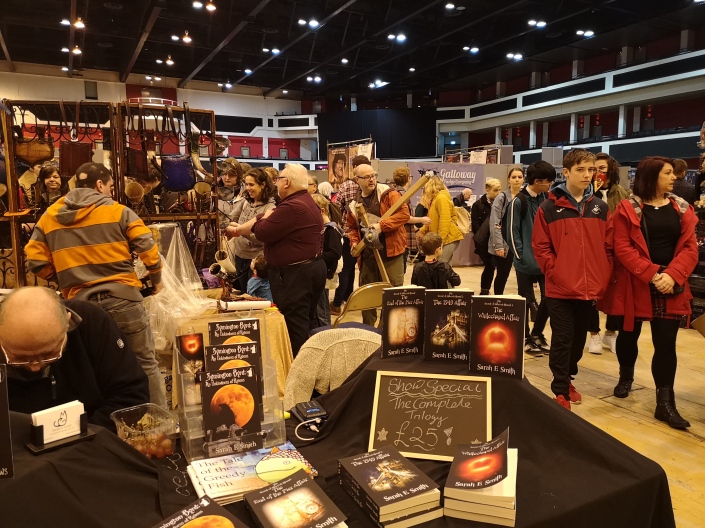 It’s been a busy month. To all of you who popped along to the events Steve and I attended. Thanks for saying hi. It really is good to meet you all.

We’re at the proof reading stage of Symington’s second mystery. It’s been held up a bit by a case of writer’s CBA – following my encounter with the bullrushes – but the intention is still for that Christmas release.

For those of us who enjoy the shortening of the evenings, and the return of our hour… not long now…

It’s been a full on few months what with writing and work so apologies for not posting. The second book in the Symington Byrd series of mysteries went to the publisher in June for beta reading and feedback, and that’s been really pleasing. Some of the comments on “An Unkindness of Ravens” could go to a girl’s head. But rather than sitting back and resting on my laurels, I’ve cracked on with the next book: provisionally titled “A Thievery of Magpies.” Ravens is provisionally scheduled for a near Christmas release, which means a busy summer on my part.

Following the success at Comic-Con Cardiff, we aim to return for September, so do pop along and see us.

Have a fabulous summer

Very humbled by the people who bought books today. Hope you enjoy Lucy and Mark’s adventures.

Back tomorrow for the next part of the adventure 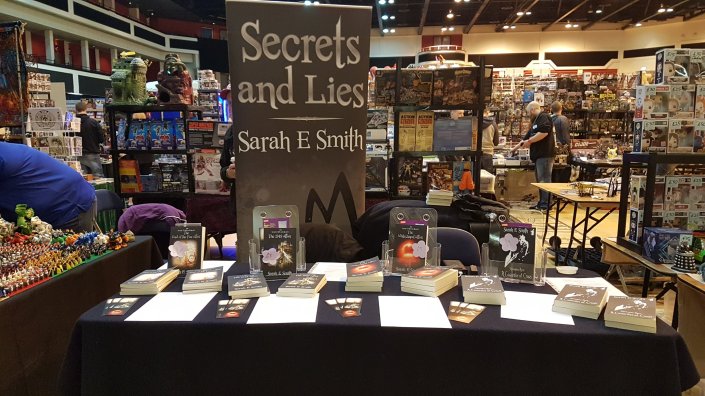 The Secret of Aldwych Strand

Is having a bit of a revamp ahead of Wales Comic Con. Further details later

Come and see the Southend and local area authors at a Christmas bookfair. We’ll be talking about our books and signing copies. Amazing Christmas Presents. Fact, Fiction. Faction, YA, Childrens. Come and grab a bargain. I’m on at 2.30 talking about Symington Byrd. There’s a sneak peek from the new book to whet your appetite

Cowardice of Crows on Half Term Countdown 23- 30 October

Grab a kindle bargain, this half term.

My lovely publisher is running a flash fiction competition to coincide with his Christmas Project: The 12 Days of Christmas, a book I’ve written a small story for – more later in the year about that. For futher details, do pop a long to his website and have a look. The prize for the best writer is quite interesting.

The Gentleman detective – a phrase synonymous with Lord Peter Wimsey and Sherlock Holmes. Following the evidence, using the technology of the day. Progressive in some respects but very much the product of their era. They inhabit a world where men were real men, and female sleuths wore fluffy pink shawls.

In a new century full of procedural dramas, with their hard bitten, hard drinking, world weary detectives, what’s needed is a flamboyant earl – with a nose for trouble and an eye for the one lady who’ll never say yes.

COC has had a bit of an edit thanks to feedback from some of my more discerning readers, and a change of book size – ready to head its way into more traditional book stores. This has seen the page count increase to 302, though the price stays the same.

More news when I have it.

My New Year’s Resolution is to blog more. But without support I just know I’m not going to manage it. So: I went to one of my writer’s group – the Gore Crew – and set a challenge. A micro blog – 250 words max. I suggested weekly. We all agreed monthly was best. Kenny, our illustrious publisher, said as it was my idea I could come up with the first challenge. I went with Imaginary Friend, and created a shiny graphic to accompany it. My take on the challenge is on More Than A Cat. Do pop and have a look.

I’ve also signed up for Cee’s Which Way Photo challenge, again hosted on More Than A Cat, and decided to give the idea of writing six word story here on this site.

A christmas treat from my publisher. Read Me is a charity anthology from the writers at KGHH. It gives snippets of our published work and some of us have contributed a 500 word short story. An ideal chance for those of you out there that like to try before you buy.

My part of the ship is entitled: Death of a Lady (and the opening of Cowardice – for those of you still umming and ahhing about getting his first adventure). If you want to have a gander; here’s the link to Amazon 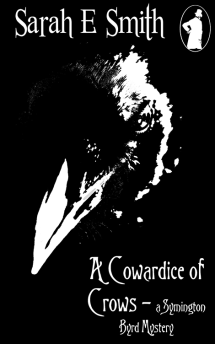 Millicent Jones committed suicide… until a House of Commons cufflink is found wedged in her throat. Given Queen Victoria is dying, the last thing anyone needs is political scandal, which means there’s only one man for the job: Symington, Lord Byrd (playboy and gentleman detective). But someone far cleverer is one step ahead, and she has personal reasons for wanting Millie’s killer caught.

With suspects galore and no obvious solution Byrd and his cousin, Chief Inspector Sir Charles Carter, find themselves drawn into the criminal world of the Pawnbroker and his Apprentice: a world so seductive that Byrd is in danger of losing his soul 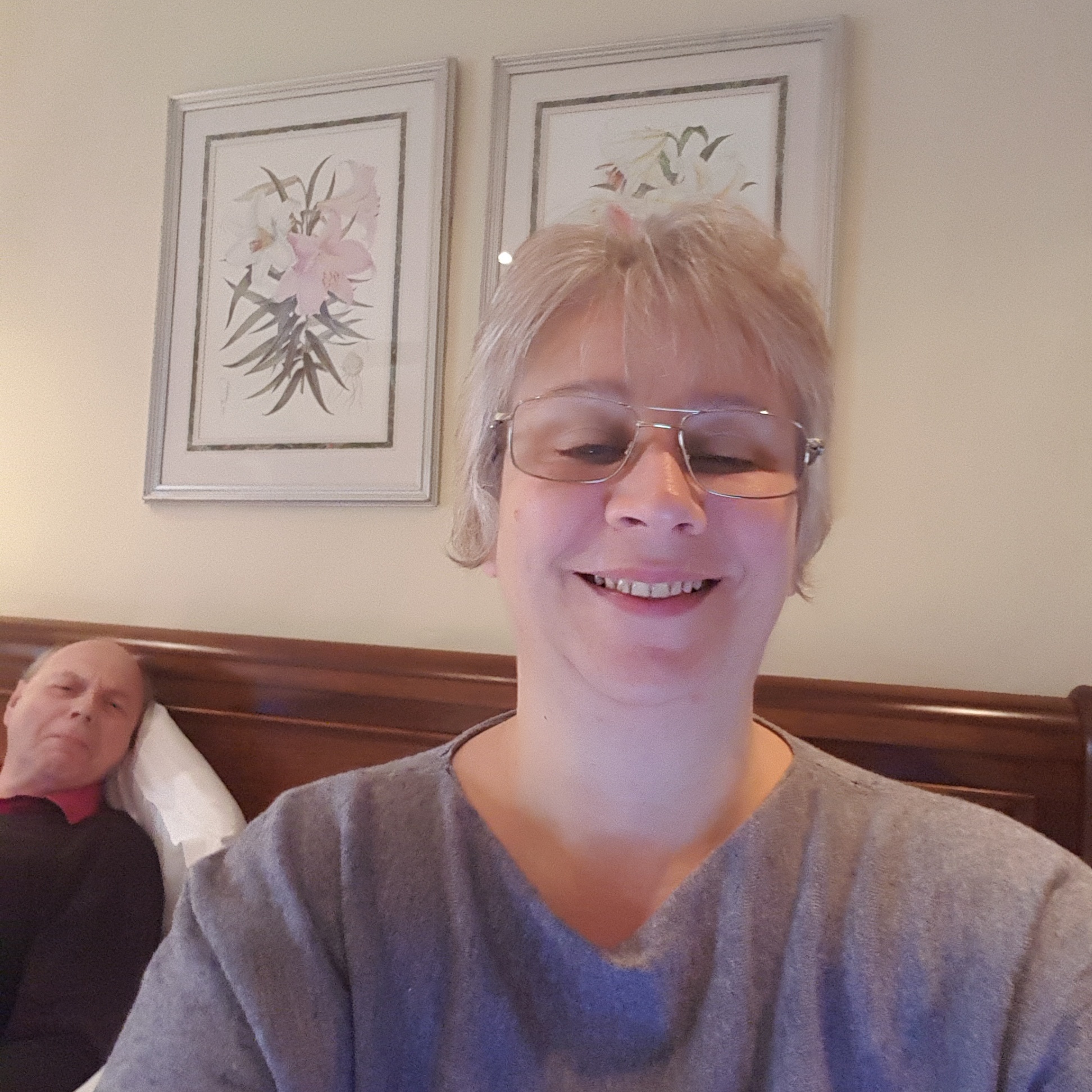 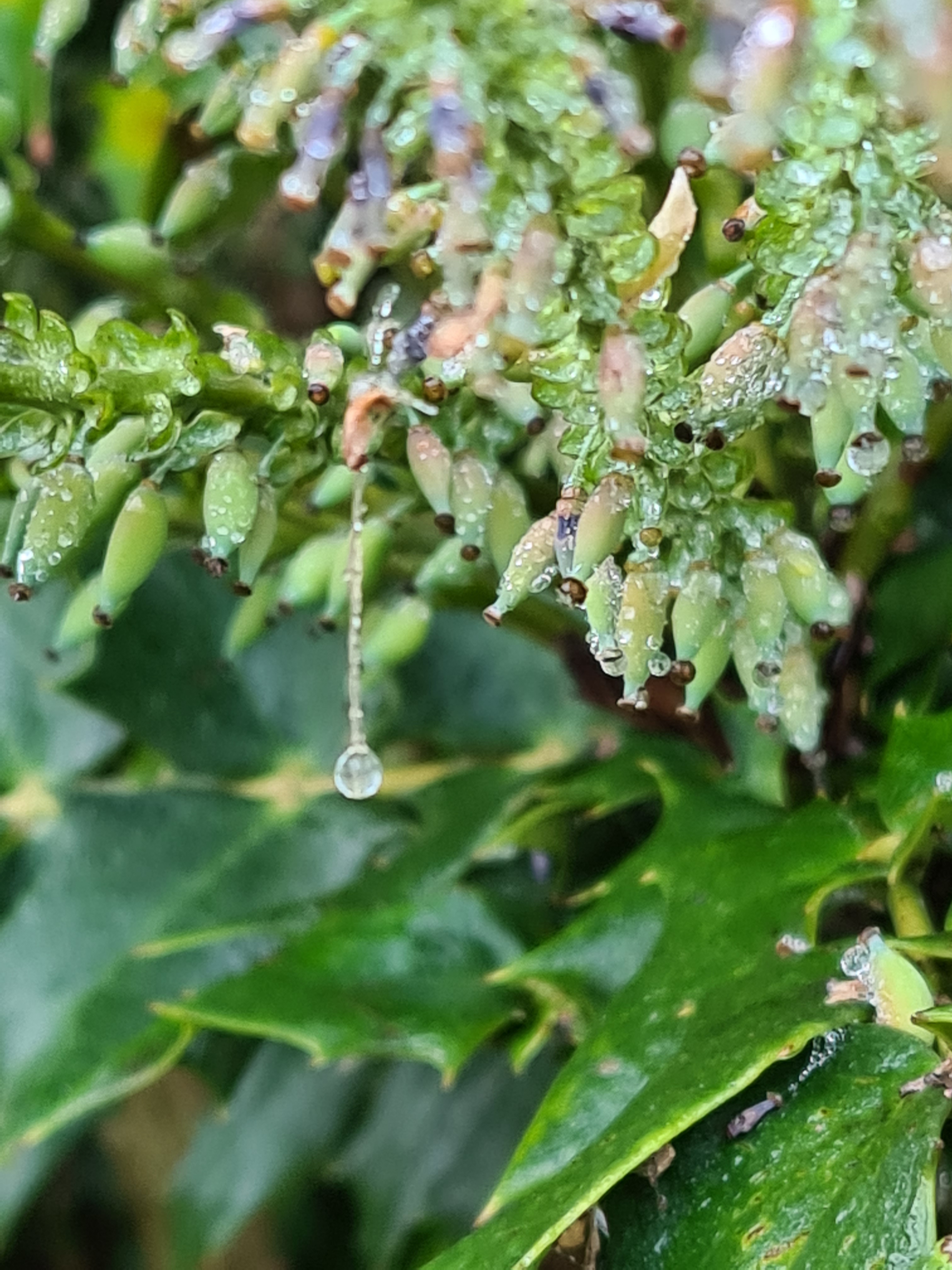